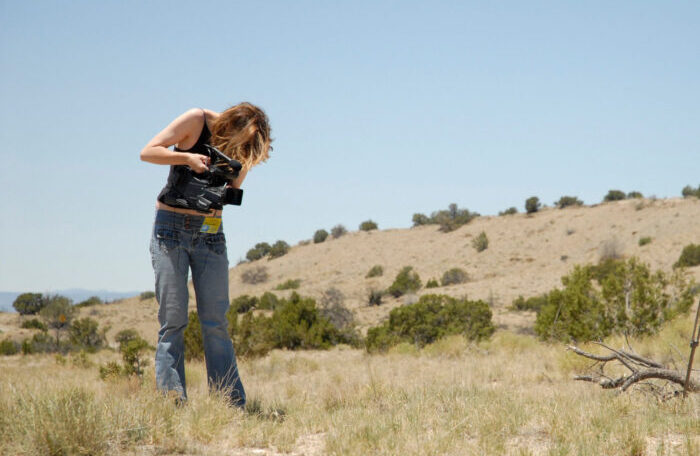 2013
“Cool Night Air” is a kinetic motion graphic animation written by Benjamin Villarreal. The story is about a dog name Memphis and one cool night in Las Vegas, New Mexico. Original design and animation done in Adobe After Effect.

2010
This is a short stop-motion film based off the Greek story of Icarus. This film was feature in the 2021 Summer Santa Fe 3 Minute Film Festival. Original character design, photography, sounds effects, music, and edited in Final Cut Pro 7.

2010
This short conservation video was a part of the first Program for Interactive Cultural Technology (PICT) and the New Mexico History Museum inaugural exhibition Fashioning New Mexico. The 6min video is a series of interview and photography showing the time-lapse process of the history and preparation the conservation of the historical clothing for the exhibit.

2008-2009
“Almas de la Plaza” is site specific video installation that was back-projected on the windows of the 1800s historical building in the Las Vegas, NM Plaza. The public video installation ran throughout the winter of 2008-2009 and was on display nightly throughout the two month run. The narratives were researched and written by the students about the historical figure throughout Las Vegas’s history; Doc Holiday and Billy the Kid to name a few. The historical figure played a role in the founding of Las Vegas as well as the founding of New Mexico where portrayed by local community members.