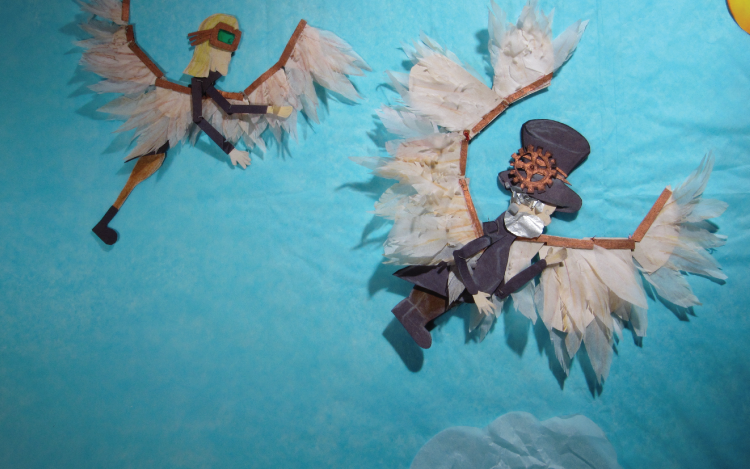 This is a short stop motion film my group and I did for our midterm project. It is based off the Greek story of Icarus. And was feature in the Santa Fe 3 Minute Film Festival in 2010.

Prototype video that show the process and construction of my final piece for my project in Fashionable Technology with Sabine Seymour at Parsons School for Design. The material I made is made from leftover food, recycled paper and slime mold in 2013

“Cool Night Air” is written by Benjamin Villarreal. The story is about a dog name Memphis and one cool night in Las Vegas, New Mexico. Original design and animation done in Adobe After Effect in 2013.